Here is another pic of Corey. He really has got a Lionheart and I'm sure in his doggy dreams he thinks he is a lion. For such a little dog his bark can almost be as loud as a lion's roar!! 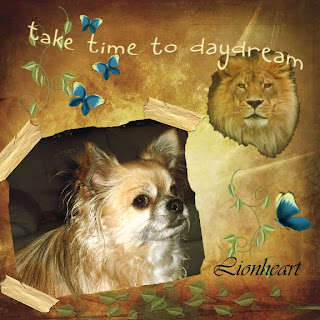 I heard from Helen again this morning and she has had her daughter and SIL to stay for the weekend. They took advantage of the beautiful weather and had several walks on the beach with Sam.
She sent me this pic of her nephew George in New Zealand with his dog...a Labradoodle!!
It's so nice I had to show you. 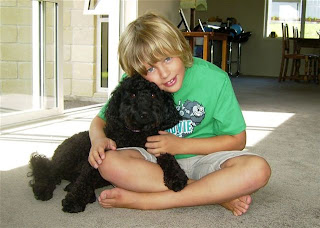